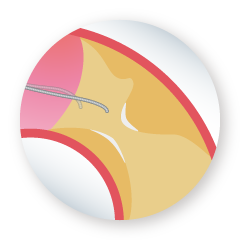 The micro-cone tip makes it easier to create the entry route to the hard tissue and fibrous cap.

Possibility to choose Gaia version depending on morphology of the lesion. 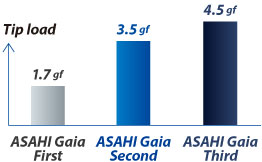 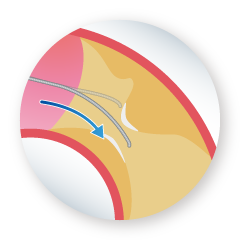 A stiffer wire is less likely to deflect, causing it to proceed in a straight direction only. 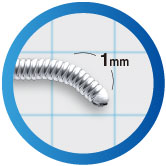 The pre-shaping of the tip is incorporated in the production process, significantly increasing tip shape retention. 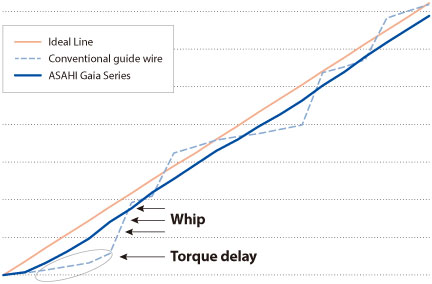 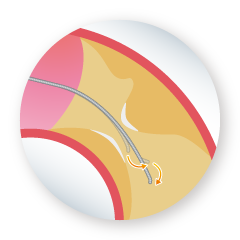 *All the data do not guarantee that all devices have exactly the same performance with the samples used for tests.

Efficient transmission of proximal rotation to the distal tip.

Less efficient transmission of torque due to resistance, causing whip.